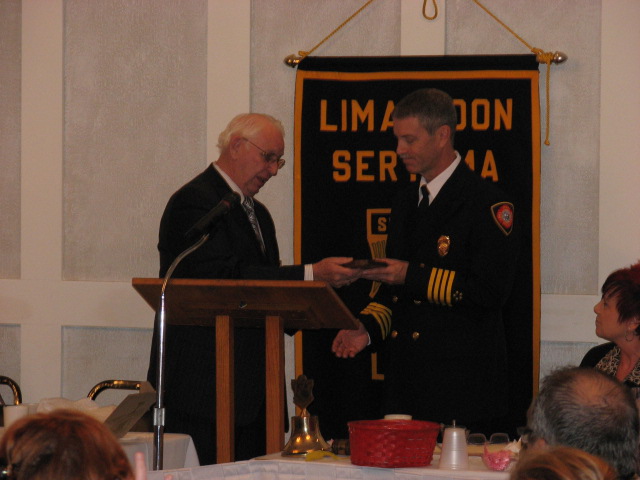 Firefighter of The Year

Battalion Chief Ed Hower was selected as the 2012 Lima Noon Sertoma Club's Firefighter of the Year. Chief Hower is a

twenty-nine year veteran of the department and the Battalion Chief in charge of A-Shift. He was nominated for his devotion to the job, his eagerness to assist fellow firefighters, the long hours he puts in and his work preparing and producing grant applications that provided much needed funds for the department. The Lima Fire Department received almost $90,000 from the Assistance to Firefighters Grant. That money allowed the purchase of exercise equipment for all of Lima's Fire Stations. To perform the job well, firefighters need strength and endurance. This equipment will help firefighters achieve those goals.