Lima has two aerial trucks. Ladder 1 is a 100' aerial platform with dual 1250 gpm (gallons per minute) nozzles. The Quint also known as Engine 1 has a 75' ladder with a single 1000 gpm nozzle. Both trucks can be utilized as elevated master streams for fighting fires in high-rise buildings. Both apparatuses can also be used for rescue operations. The Quint is mainly used as an engine, thus why we at LFD refer to it as E1. 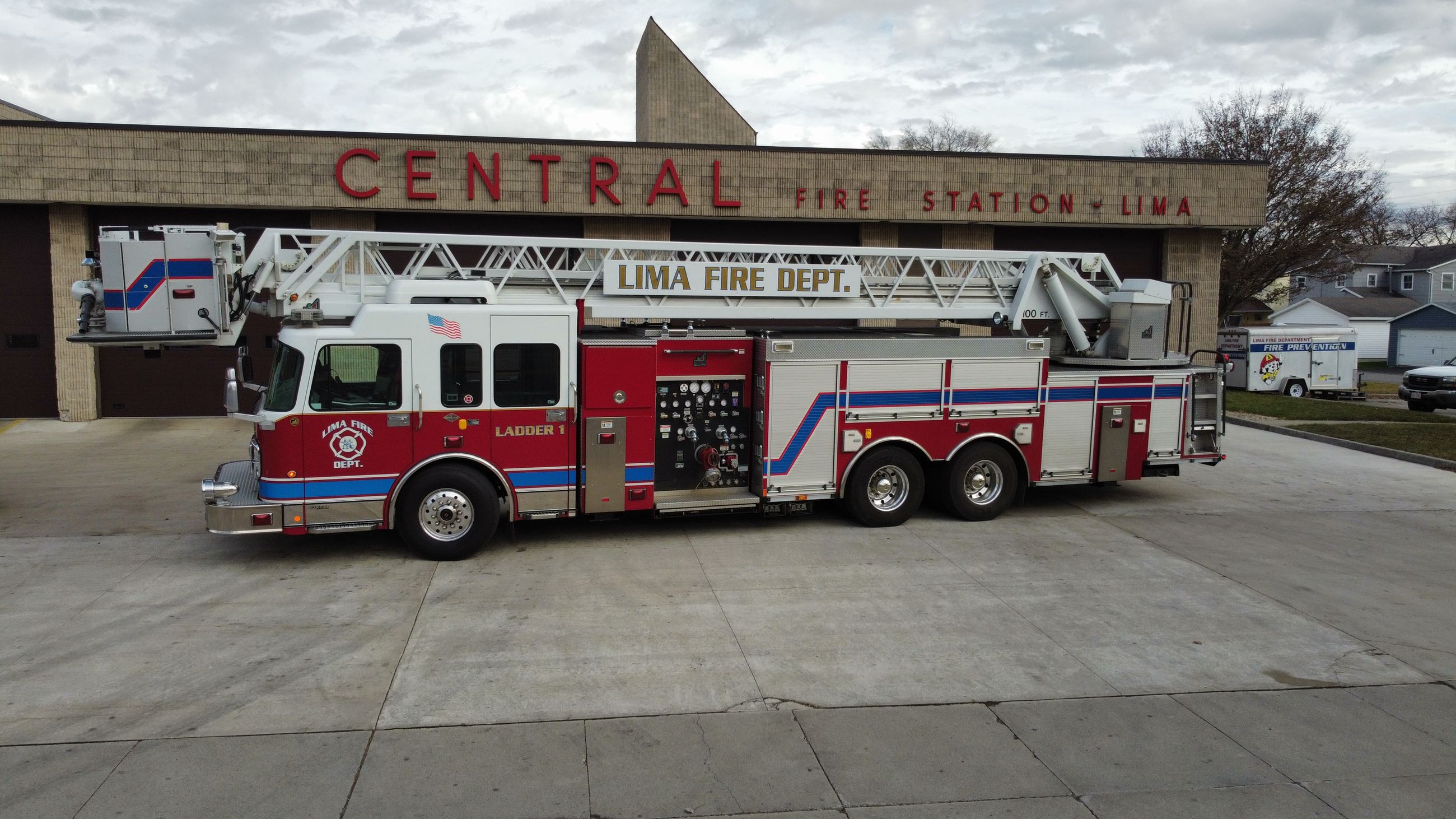 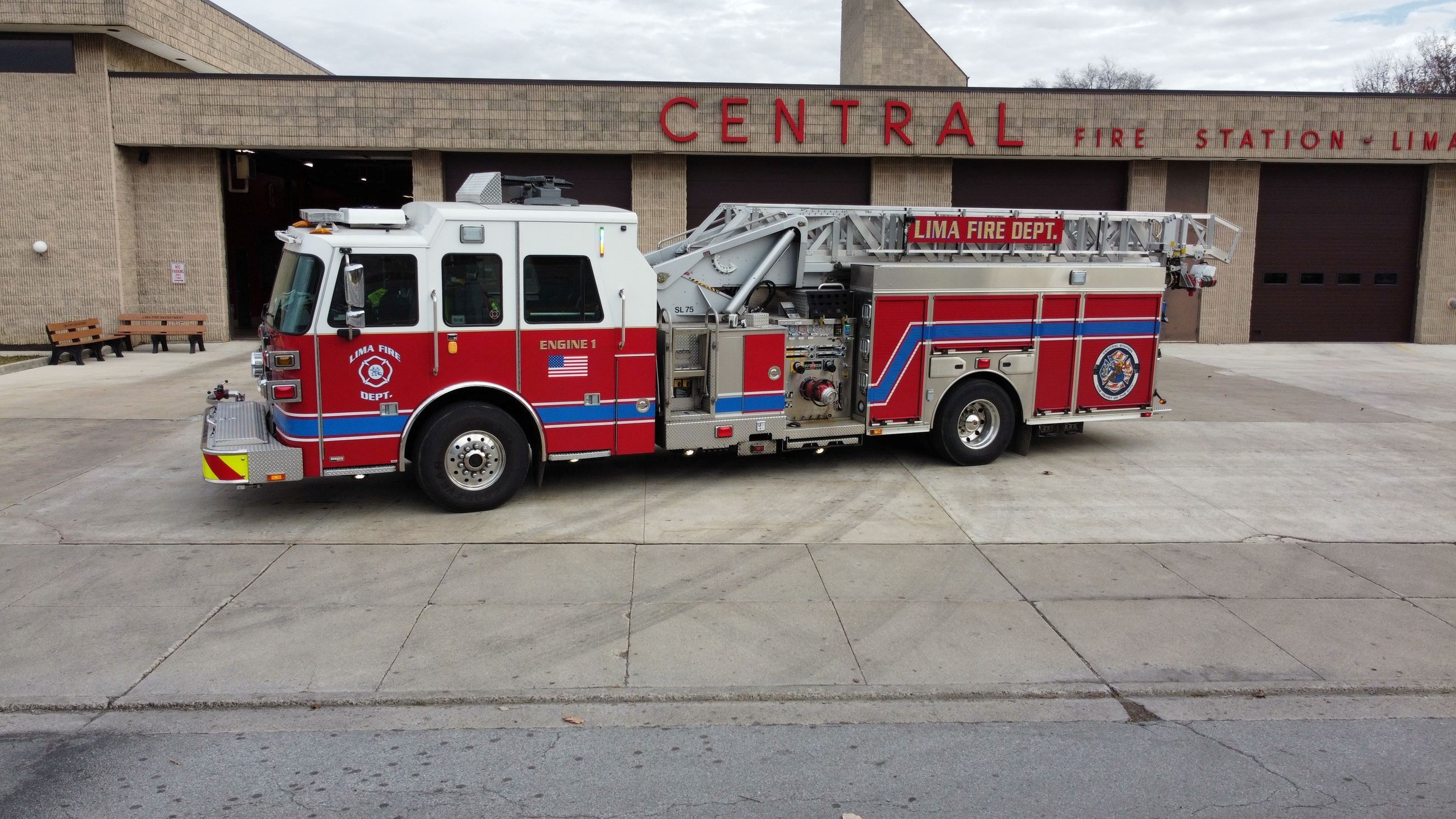