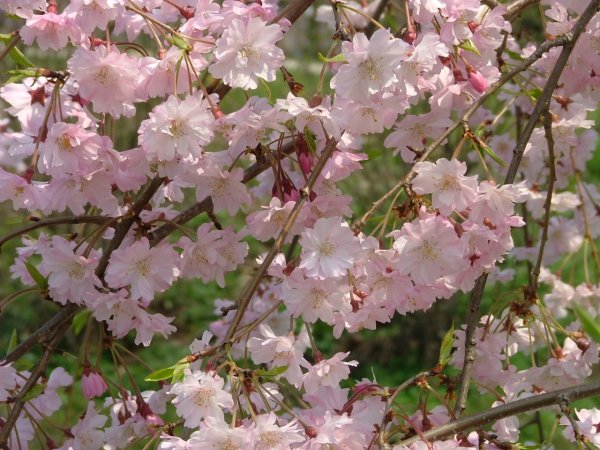 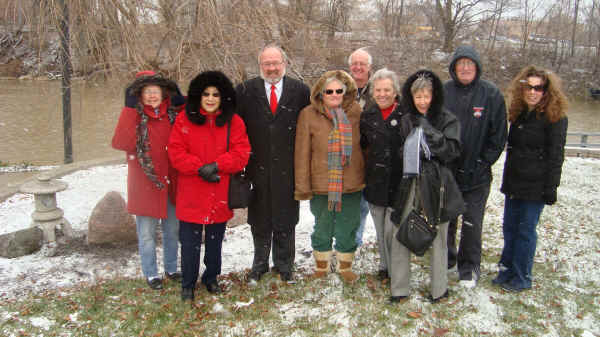 Members of Lima Sister Cities Japan Committee huddle in the cold to recognize and honor Keiko Hahn for her untiring work on the Japanese Garden along the Ottawa Riverwalk.
A large granite stone was placed in the garden with the inscription "In recognition of Keiko Hahn for the development of Lima Sister Cities' Japanese Garden, Dec. 2, 2010."
Keiko is the second from the left. 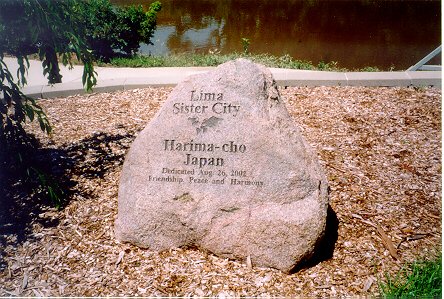 The Lima Sister City Garden is located in Lima on the south side of the Ottawa River Corridor bike path between Elizabeth and West Streets. It was during a visit from Harima-cho Mayor Saeki in 1999 that the idea of a Japanese Garden and cherry tree exchange between Lima and Harima-cho was first discussed. Mayor Saeki, after seeing the potential for the then under development bike path, suggested that "You should plant many cherry trees by the river bank."

Since the Ottawa River Corridor was still under construction, the building of the garden was delayed for approximately one year, but in that time plans for the design and style continued. With help from Pat Beam, Bassett and Associate Environmental Architects, the design of the Japanese Garden took shape. 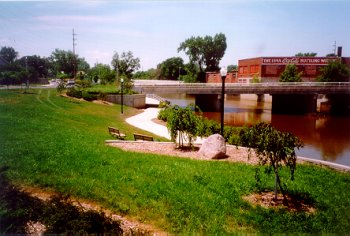 In August 2002, Mr. Iwasawa visited Lima from Harima-cho and hand delivered a donation from Harima-cho for 50,000 yen, slightly over $4,000 in American currency, for cherry trees and other garden plants Two cherry tress were initially planted and subsequently 11 more making a total to date of 14. The first large boulder was added to the garden site and inscribed with the Lima Sister Cities Logo and name. 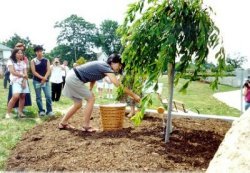 During a Japanese Youth Exchange visit in August of 2002, Japanese students and their chaperones, along with Lima Sister City members, participated in a cherry tree watering ceremony that symbolized the living link between Harima-cho and Lima.

The Japanese Garden development will continue with the addition of several large boulders during the summer of 2003 and additional plantings in consecutive years as funds permit. 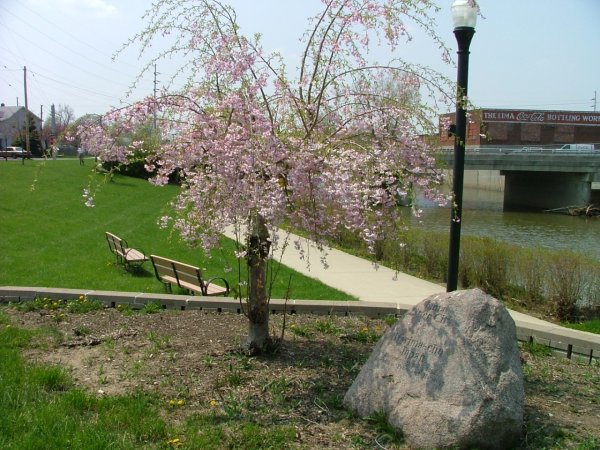 Donations for further development of the Japanese Garden may be sent to:
Lima Sister Cities
50 Town Square
Lima, Ohio 45801

Please note on the check that the donation is for the garden project.